An Open Letter to Our Asian, Asian American, and Pacific Islander Educational Community and All Compassionate People

As an educator, I am troubled and grief stricken by the violent attacks on Asian Americans throughout our nation. The recent murders in Atlanta taking the lives of eight people, including six women of Asian descent is the final straw. As humans, we should all be enraged. We have borne witness to an escalating second pandemic. This one, of hate against persons of color and faith inclusive of our Asian Pacific Islander community.

These recent attacks come in conjunction with anti-Asian racism and violence that we’ve seen around the country, including here in the metro New York area. Racism is nothing new to the Asian community. Sadly, populations that are more vulnerable are being targeted. Asian youth, elderly and women are experiencing the brunt of the attacks.

As a matter of context that may be news to many in our family, my maternal grandmother, was of full Japanese descent. She was born and died on the island nation. My mother was also born in Japan. She lived there with her four brothers, my grandmother, and my grandfather who was United States Air Force personnel. Unfortunately, and not long after World War II, my grandmother passed away very young. My grandfather had to send his children home to live with relatives in the Bronx while he completed his military obligations in the Pacific theater.

My mother and her siblings were thrust into a community without an Asian presence at the time, following the tragedies of World War II. To say it mildly, they were the subjects of racism and violence. The effects of which, my mother has never forgotten.

Fast forward to my third grade class with Mrs. Fortunato. We were to label a map where our family ancestry had come from and share it with the class. I explained my homework to my mother. Out of her own protective instinct, she implored me not to reveal my Japanese heritage. She did not want me to be subject to the same struggles she faced as a child. Unfortunately, I didn’t understand her intent at the time. I mistook protective instinct for shame and I buried my heritage deep inside until I was an adult.

Today, I continue to explore my family’s rich history. I am so proud to be of Asian descent for all the rich contributions made toward the advancement of humanity by the Asian community worldwide.

In closing, to our Asian, Asian American, and Pacific Islander educational community, I stand united with you! Our people are irreplaceable fibers of the fabric that make our township, state, and nation a thriving landscape of promise.  Racism and hatred has no home here. It is time to recognize that it is when we embrace the strength of our diversity as a people that we finally will unleash the possibilities of love and family.  While I have been fortunate to never have personally felt the effects of racism, many members of our diverse community have. I ask that we come together now for the sake of all who need the support of others regardless of race, but as humans. 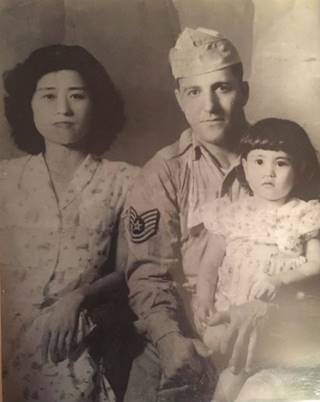 Be well, be kind, and believe in Old Bridge